While you're here you'll obviously want to go snorkeling in the warm waters of the Caribbean, if for no other reason than to swim with the sea turtles of Turks and Caicos. The Islands are abundant with bliss and beauty, both on land and under the sea. Stepping off the white sand beaches, powder soft beneath your toes, and into the crystal clear neon blue water that feels like a bath, you enter the realm of the ocean kingdom. It's as if the water's surface is standing vertical before you, like a mirror, and through your reflection you see the colorful flashes of fish that playfully beckon. You touch the translucent barrier and form ripples, and like through the enchanted wardrobe into Narnia, you step boldly and completely into another dimension.

The Underwater World is much like that of Land, with beautiful beings looking to provide for their families and make a nice little life for themselves while avoiding predators. Of course, for a human visitor it can certainly seem like an alien world. Although to the fish and the octopus and the sea turtles, et al, the human is the alien. You are the interdimensional traveler come to observe and study these creatures in their natural habitat. Your boat is the UFO, floating in stationary orbit on the surface. Some "aliens" even abduct fish and turtles to hold captive in tanks or catch-and-release them after snapping a picture that You Know is going Straight to Facebook.

The sea turtle, too, is an interdimensional traveler, capable of journey between worlds. There are seven species of sea turtle on this planet, inhabiting all the oceans except the polar regions (where there's walrus and penguin instead). The largest sea turtle is the leatherback, known for its rock'n'roll lifestyle, measuring 7 feet long and weighing up to 1,300 pounds. The leatherback is also the only turtle without a hard exterior shell, instead sporting a mosaic of bony plates beneath its leather jacket like a Kevlar vest. The smaller species are only two feet long, the little cuties.

Sea turtles have been doing their thing for some time now, at least 110 million years, so as you can imagine they've gotten quite proficient at being sea turtles.While they're almost always submerged, sea turtles breathe air and periodically rise to the surface for a big gulp of fresh oxygen. When a man turtle and a woman turtle love each other very much, they mate in slow graceful spirals like two astronauts in zero-G. And, like magic, she's filled with a bushel of eggs just aching to be laid. She swims ashore under the cover of night, often to the very same beach where she herself was hatched; so long ago it seems. Using her hind flippers, she digs a circular hole in the sand and begins to unload her clutch of soft-shelled eggs, one by one, until the nest is packed cozy with anywhere from 50 to 200 eggs. She then fills in the nest and smooths over the sand, covering her tracks (along with any trace that she was ever here) before absconding back into the sea like a whisper.

The eggs bake on low temp for two months before hatching (again under the cover of night to avoid monsters like seagulls) and, like so many zombies, come digging and crawling out of the sand to stagger home beyond the waves. Their perilous trek is fraught with danger, with predators lurking at nearly every step along their journey. It's estimated that only 1% of eggs hatched will survive into adulthood and live up to 80 years. Once in the relative safety of the seagrass, the babies that survive the mission gorge on anemones and jellyfish and all sorts of nutritious floating food products, washed down with a nice glass of seawater. Sea turtles are grazers and like the manatee, help mow the grass to ensure it grows and flourishes. Without sea grass beds being kept neat and pruned, the entire marine ecosystem would be thrown newastatingly out of whack. And so the turtle keeps doing its thing and eventually finds its own babe to complete the cycle, hopefully for at least another 110 million years.

Tragically, however, sea turtles are considered either endangered or critically endangered species. Although it is illegal to hunt most species in many countries, sea turtles are still harvested for food where they're considered exotic delicacies with health benefits. To a lesser extent, turtles are snared for their ornamental shells and leathery flippers by those "alien" abductors with little respect for the sanctity of animal life let alone its right to exist free of harm. Conservation efforts are seeking to stabilize the populations threatened by forces such as the black market and real estate beach newelopment. Some area are protected as turtle sanctuaries and conservationists dig up eggs to relocate them to fenced nurseries. With education, awareness and protection for sea turtles, we can save these majestic beings from extinction; so that our grandchildren too might one day go swimming with the sea turtles of Turks and Caicos.

The turtle is symbolic of the way of peace - of living with determination and serenity. It inspires us to cultivate peace both in our own minds as well as in a harmonious relationship with our environment. As a spirit animal, the turtle represents ancient wisdom, the ability to remain grounded even in moments of chaos, and emotional strength and understanding - as well as the fluid nature of emotions with its link to the spirit of the water. The turtle totem reminds us to remain anchored and unfold in slow, grounded steps through longer cycles of transformation. You carry your home on your back, figuratively speaking, and are thus comfortable wherever you may be.

Native Americans refer to the North America as "Turtle Island" where legend has it the Turtle carries the weight of the continent on her back. Hindu and Chinese cultures also refer to the Turtle holding Mother Earth in balance upon its shell. The turtle also encourages us to listen to our own inner guidance and trust the path on which we walk. The turtle represents longevity, and with the Peace-Maker as your totem you shall live a long, harmonious and abundant life.

How To Swim With the Sea Turtles of Turks and Caicos

The best time to explore the Underwater World here on the islands is during summer, when sea water temperatures stay close to 80 degrees Fahrenheit. The warm weather attracts an abundance of aquatic life closer to the surface and many excellent opportunities to spot majestic creatures like manta rays, moray eels and sharks. In the winter, the water temperature drops down a touch into the mid to high 70s, which of course is still quite balmy but some of the larger more complex sea life will be hanging out at a lower depth.

Grand Turk in particular offers some of the best diving in the world, with some of the best opportunities to spot sea turtles year-round. As you'll most likely be staying on Providenciales, the Bight Reef offshore Coral Gardens on Grace Bay Beach is a prime spot to see turtles. The White House Reef Snorkel Trail is one of the most popular spots on the island for its gorgeous underwater scenery, home to not just sea turtles but dolphins, manta rays, octopus and humpback whales.

So go forth, peacefully, and live in harmony with yourself and each other - including the sacred underwater dimension that so deserves our ultimate respect and care. 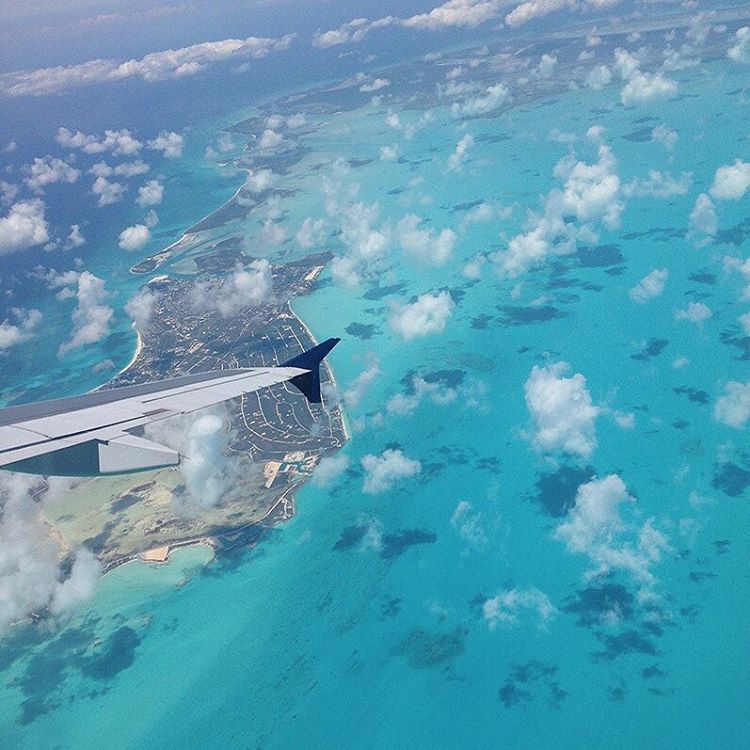 Chances are you won’t, but if you find a better rate we’ll match it. Guaranteed! Learn More!